For what it’s worth, we’ve had excellent results using the Hilbert transform from the Intel Performance Primitives library.

Thanks for the pointer, I’m not attached at all to rolling my own transform but I wasn’t sure where to source one, is the IPP library cross platform and free to use?

is the IPP library cross platform and free to use?

Just worth noting, IPP is cross-platform but not multi-arch

Yeah, I’ve been trying to figure out how to handle ARM. There’s the Arm Compute library, but I don’t know if that has everything we need (especially the Hilbert transform).

Just in case it’s interesting for you, some weeks ago I created a rather detailed explanation on what a Hilbert Transform is and how it could be implemented

How to rotate the phase of an audio signal?

First of all: The videos you posted above look really interesting! I’m not really deeply into the theory behind what you are doing there, but just a few points that might be worth thinking about and which may help you understanding the whole topic Phase shift vs. time shift If you take a pure single frequency sine wave and create a time shifted version of that wave you can express the shift amount either in e.g. seconds if it is a time based signal, in samples if it is a sampled signal (which w…

I personally only built one in Matlab and implemented a VHDL based FPGA version, but after having understood the idea, I found it quite straightforward to implement

i built one based on this blog entry and it was fairly straightforward. not sure about performance though, i ended up using a different technique for obtaining quadrature outputs.

also iirc the “chorus effect” section of chamberlain has a good model of one.

Hmm… My math skills here are killing me. I think the most ideal is to somehow determine the coefficients / filters needed to build this with an FIR or an All Pass network, If I fail there I’ll try to get the IPP lib running, although a quick glance at the library it doesn’t look too trivial.

I’ll post results back here and see how it goes. Maybe if we’re able to get something working with the built in FIR or IIR it will be helpful to others.

Alright, soooo, this took me so much longer to figure out so I’m happy to share here so no one else must ever struggle like this again for one of the “basic” audio effects we should all have in our toolkits as audio devs.

After scouring for Hilbert transform code all over the internet, I actually found a really nice drop & play implementation here on the forum in an old post. This appears to be one of the “All Pass” Implementations of the Hilbert Transform. Where these coefficients came from – is really beyond my understanding of DSP as I can barely read any maths, but the good news is it works. 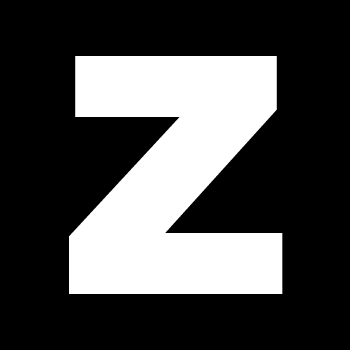 ZHdK is the Zurich University of the Arts

The Hilbert Transform will generate two signals often referred to as Q & I, the “In Phase” & “Quadrature”

Once you have the Hilbert Transform magic running creating the frequency shifting effect is very simple:

Simply iterate the phase at the frequency which you’d like to transpose the signal and voila, a nice frequency shifted signal without the nasty lower sideband created by ring modulation.

I’ve just been through the struggle of finding a nice implementation of a Hilbert transform to drop in my Juce project. Not finding one i ended up on this project from the Smithsonian Astrophysical Observatory in which they did implement it in c as sharply as an astrophysical observatory could do. So I isolated the references for the transforms from the project, provided an example of usage on a real signal in c++ and compared the result with the MATLAB result.
Find everything here ready to be dropped in your project.
Note that for now the transforms take as input only (complex) signals with length equal to a power of 2, but I’ll work on relaxing that condition to a signal of any length, that should be quite straightforward.

Just one thing to add here: if you want to use the resulting frequency shifter in a feedbackloop you need to use an allpass based implementation. FIR and FFT based implementations introduce latency. I ended up rolling my own for Tonsturm’s FRQ SHIFT.

Sorry, as I stated above it’s used in a commercial plugin…

Thanks, lost the part about the commercial plugin my bad. I’ll follow up with an opensource implementation if I’ll implement/find one.

I’m confused – there’s an open source all pass implementation with a BSD license right in this thread I posted up before. No latency – just kinda crumby code you make need to rewrite a bit.

Oh, yes, i tried that library but i got so many deprecation errors and bad stuff that I abandoned it, maybe I did something wrong and in that case shame on me…
On the other hand also ideas are coming up to my mind to generate the filter from the transform implementation i posted with a pair of mathemathical tricks… Sorry for the confusion, just wanted to say that I’ll dig deeper into this when I’ll have the time (I’m a math/physics enthusiast and this Hilbert transform is triggering me so hard for so many reasons) and post my results if I’ll have any

Please do! I’d love another option – I agree the library isn’t great in terms of code quality – but that Hilbert definitely works I just silenced all the warning on those headers and fixed in the include paths. It’s a good place to start, but if you get the maths then definitely would be better to roll your own, I would just avoid the FFT version, I don’t think people are using that in the real time audio space