Juce Attachments (yet another example) 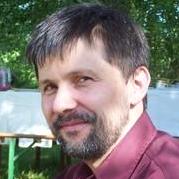 Juce-Attachments - This proposal features two Attachments for the juce::AudioProcessorValueTreeState class

Both attachents make use of the user defined valueToTextFunction and textToValueFunction when set as the last 2 parameters from the
createAndAddParameter function.

These functions are used to create an updated text entry from a new
parameter value and to evaluate text entries in the label or comboBox
editor.
It is also possible to create the Combobox item list by connecting the box to a parameter through the Attachment.

This update features some enhancements and bugfixes as well as a new example project.

This example shows how a stateful text converter can be used with the
AudioProcessorValueTreeState.
The radiobutton allows to change the text display of the parameter value
from numbers to letters (each letter of the alphabet reperesenting a
number.)
In a real world application the mechanism might be used to offer:

Here is a new example:

the RadioGroup example features a component that is populated with a group of radio buttons. The Buttons are created by a SbRadioGroupAttachment upon connection to the component.

If anybody finds my attempts interesting, weird or even useful I’d be happy to get some feedback. Thanks!