Asserts in JUCE Demo with some audio device combinations

The following assertion is easy to produce if one has a mac and a pair of AirPods around (or any other device with non-standard input sample rate):

Perhaps AudioDeviceSelectorComponent should automatically disable the input device if choosing an output device that is incompatible with it and vice versa?

can the input device resample to the requested samplerate of the output? i find a bit limiting not being able to use a device because by bad luck has a different samplerate than the output device

that would be nice too, but JUCE doesn’t yet have a good sample rate conversion so I wouldn’t expect it 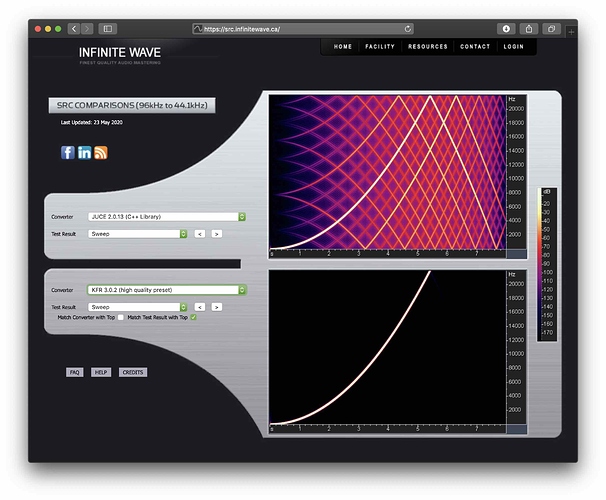 so at least not to crash would be nice

ahah yeah that sucks, i was considering already done a bump to a more up to date algo after i first saw it in the library more than 13 years ago