Hi all, basically what the title says.

But Win10 64 they load in REAPER once, then crash and won’t load any subsequent sessions.

I haven’t played around with the Win build config in Projucer/MSVS yet.

Any hints on what things to try first?

Many thanks in advance!

We test 64-bit VSTs in Win 10 regularly (also in Reaper). Can you try on the latest master or latest develop?

Okay thanks I’ll try that now.

Leaving all .jucer settings to default, I just change the exporter architecture in Debug and Release to x64.

Just tried a clean install of Win10 from installation disk.

It’s probably something stupid by me so…

VST will either load once then next session it disappears from the list. Or it’s never in the list.

Looking at Reapers reaper-vstplugins64.ini file, the plugin is listed but doesn’t have the last two fields. I’ve had other 3rd party plugins fail to load (Freakoscope on Mac) and they come up this way in the .ini file.

(p.s. I sent a different plugin for beta testing last year to some engineers and they complained of 64bit version not working. I’m only getting around to troubleshooting this now. This was around April 2016 time using JUCE v4.1.0. The .dll I sent out at that time is exhibiting the same behaviour.) 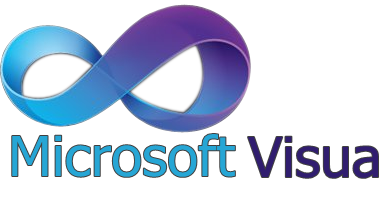 So the combination that worked for me is…

I guess I have to alert my users that the plugins are dependent on Visual C++ redist.

Is there any reason that Juce plugins would need the redist by default?

(Whereas something like TDR Nova (http://www.tokyodawn.net/tdr-nova/) works out of the box? i.e. no VC++ redist needed. TBH TDR’s combo boxes look decidedly JUCE-like?)

Also people need to be careful if they are testing VSTs on the same machine that has Visual Studio installed. This by default installs the Visual C++ runtimes, which may give the false impression that the plugin will run fine on other Windows installations.

So a friend alerted me to the fact that users shouldn’t have to require the Visual C++ redist installed if I have the runtime flags (MT/MD etc.) set correctly.

Now the end-user will not need the Visual C++ redist installed to use your plugin. More detailed info in this thread…

In the Introjucer / Projucer, there is an option called "Runtime Library", you must select "static runtime" so you don't need the Visual Studio Redistribuable anymore

JUCE team: Could we get a info tooltip on the Runtime Library field explaining this in the Projucer???

I lost 2 long days to this and I’m sure many others will do the same!

Added to the develop branch.

And I didn’t know this…

…However, if you are linking libraries from different sources you must select the same type of runtime used by the libraries.

Thanks for the info

You also need them to be compiled using the same version of Visual Studio. See