Does anyone actually have a successful Synth, Sampler, or rompler on Android? Other than iKmultimedia, I don’t know of any high performance synths or sound modules on Anrdoid.

Has anyone successfully achieved this

Android sucks for audio and has like zero copy protection for paid apps built in. Don’t waste your time unless you’re doing ad-based apps (in terms of monetization)

There is a new high priority audio thread available through the NDK: https://developer.android.com/ndk/guides/audio/aaudio/aaudio.html I haven’t tried it so can’t testify to how useful it is, but at least audio seems to be on the radar.

As suggested, Android is REALLY lagging behind iOS.
And users would mostly blame you with “bad!! audio is delayed!!!” and will give you 1 star

Only from Android Nougat you’ll get decent latency with modern devices so your market is limited.
You can also take a look at FL Studio 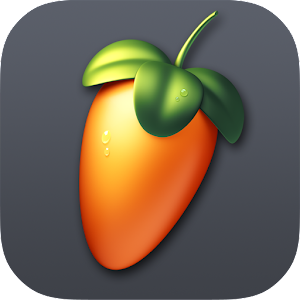 Still audio on Android isn’t there yet…

I’m hopeful that the recent “high performance audio” bracket of devices, e.g. Nvidia Shield, available for cheaper than the equivalent iPad, plus the recent additions in Android as mentioned above will get more people developing and using audio apps for Android.

used ipads are so powerful for this audio stuff, I don’t know why anyone would waste time buying a new android that can run this new OS without having tons of delay. a used ipad 4 wifi-only 16gb that you’ll only use to run synths will cost you about $250-$300 depending on condition. that’s way better than dropping 6-800 for a new android that won’t even do audio as well.

iPads are still so much more expensive in other countries. Not too many people can afford a Mac or iPad, so that’s why Android is still king as far as sales.

I was approached by Samsung directly a couple of years ago to bring my iOS apps to Android and they claimed their new SDK was low-latency and that their engineers would help. Later I found there were still bugs and not true.

@matkatmusic You do make a good point about the pirating though.

That’s really all I’ve got @MIDIculous! To be honest the only people I know of who are doing any audio development on android are doing it for game implementation. I hear bits of news through them and try and keep up to date just in case anything that sounds important comes up.

A big problem with Android is OS fragmentation. Samsung’s SDK is built on Android, but they add a ton of stuff that other phone/tablet developers might not have implemented. So when some new version of Android comes out, you gotta way for your phone manufacturer to provide an update that works for their hardware, unless your device is rooted and you’ve got an OS from XDA installed based on ASOP

I see Juce 4-5 with big updates for Android. There seems to be a big push to optimize Android on Juce, but yet no professional audio apps yet…Very interesting no one is attempting this.

I think all of the developers are kinda crippled by the lack of infrastructure provided by the android designers when it comes to audio. Seems like the creators of the Android OS just want developers and users to write/play games, watch youtube, and browse the web lol

I’m actually testing Android builds for our audio app.
However Android isn’t yet ready for Pro Audio.
They DO try to get it going. but their priority is very very slow especially where my iPhone 2G was able to provide decent latency… where Apple set AUv3 which is mobile capable.
Android like Windows… is slowly getting some goals Apple got years ahead.
So it’s mostly a matter of time.
I have a non musical app on the App Store and still got people with Android 2.x!!

So an audio app for Android that you’d like running properly should target mostly newer APIs with at least Android 6.0 (though 7.0 is preferred).

I’m now developing a MIDI app and gonna target it to Marshmallow only because I’d prefer using Android built-in MIDI API that seems to do better job than alternatives.

Ahhh…There you have it! So we are yet years away. Oh well…that is such a big market. Guys bug me all of the time to get my apps on Android…They are even willing to pay double for it.

I’ll focus on iOS for now…Thanks for the update @ttg and please keep us posted if you find any breaks.

Hi, interested to know what this refers to? thx

@leehu that’s pretty plain as what I’ve wrote.
Apple got decent latency on iPhone 2G so they’re about 10!!! years with tested working audio api and also AU is an active format (where is JUCE DirectX plug-in support

).
Apple got BLE MIDI on September 2014 and with iOS 9.x and macOS 10.11 they’re working pretty well.
Google got BLE on 2015 with Marshmallow. (there’s great implementation prior to that @ https://github.com/kshoji/BLE-MIDI-for-Android) however I’ve switched to SDK MIDI as it’s more reliable.

Summary,
For audio… Apple is by far on head start than Google.
I believe Android WILL become a platform supporting Audio but:

We’ve mentioned this elsewhere many times, but as an FYI for those who don’t know, on the JUCE team we’ve worked closely with the Android audio team and it’s really getting very good now. The new low-latency API they’re adding in Android O is really nice.

This was my whole reason of the post…Mind you I’m not the developer…I’m the producer, so take that in mind when I comment.

I see a lot of android updates being rolled out by Juce, which is a great thing. I just don’t see enough developers taking the plunge. I am willing to try it, but obviously that comes at a cost. I can’t just make an app for fun and hope it makes money, especially if everyone is saying the latency is not there. Herin lies my confusion…@jules saying it’s “ready” and all of the other devs are saying it’s not…haha!

I want to see and feel another dev make a legitimate instrument (wavetable, rompler, etc…) with MIDI input to prove it’s viability.

Perhaps there needs to be more marketing from the Juce guys to show us producers and developers that this is possible.

I think the issue is still the lack of consumers with the hardware to support it. Android is huge over in China, but do they all have Galaxy S8’s? probably not…