Can someone please try to build my LayerEffects application and let me know if window resizing is wonky (or if it fails to build)? I’m running it in a VirtualBox instance under Ubuntu: 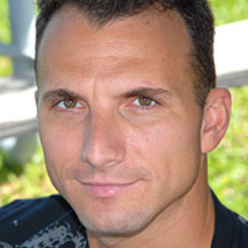 Photoshop Layer Effects for juce::Graphics. Contribute to vinniefalco/LayerEffects development by creating an account on GitHub.

Nice to see someone giving some attention to Linux.

the build spits out a warning:

I enabled the drop shadow effect and did a resize… it is painfully slow, and makes CPU go to the max.
It doesn’t matter if desktop effects are enabled or not, it’s still massively slow.

I also noticed some messages during execution:

PS: I run Linux 100% of the time I use my laptop, and I’m usually on IRC in #Juce channel, just in case. I’ll be glad to help any linux related issues.

Just tried it with:

and resizing works much better somehow… :?
(the gui still takes a lot of CPU to refresh itself though)

maybe Juce is doing something wrong here?
my theory is that it’s requesting a repaint everytime the window is resized. If true, I think it should instead wait a little bit (1/4 of a second ?) and then trigger a repaint.

JuceDemo has the same resizing problems with the JUCE title bar. Setting the native title bar fixes it (but causes other problems).