Different libraries to link for Debug and Relase on Visual Studio

Hello folks. I have external libraries to be used in my project. This libraries has different static libraries (.lib)s for Debug and Release.

I need to point those files one by one in visual studio in Project Properties > C++ > Linker > Input > Additional Libraries. 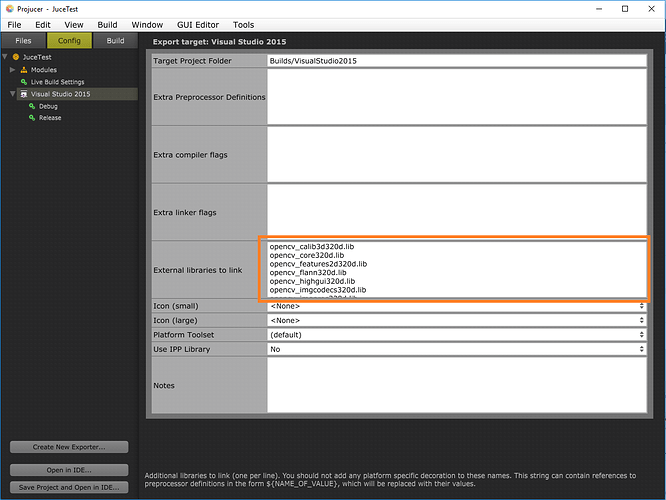 I should have seperate sections for both Debug and Release.

If that is not possible, you can help me by another way.

There are two sub nodes below “Visual Studio 2015” called Debug and Release. If you select them, you can add different libraries…

I have already digged into those, but they don’t contain such fields.

Yes, just realised that they are not present. For other options it works like that, but not here.

You can use a #pragma in your project’s main header file: